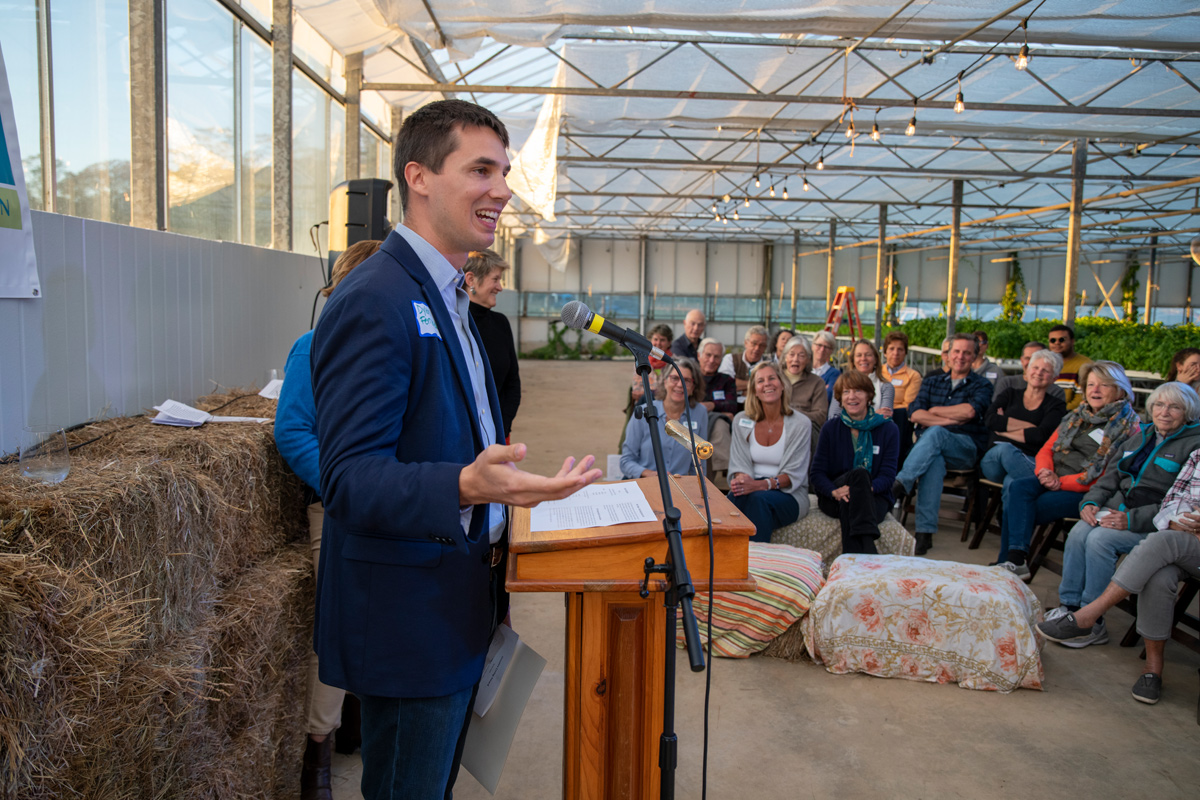 Dukes County State Representative Dylan Fernandes gave IGI an official citation from the Massachusetts Statehouse thanking IGI for their service to the Vineyard.

The award is inspired and funded by Ruth J. Bogan, who had a “deep love for the Island, and an appreciation for creativity and ingenuity,” according to Permanent Endowment executive director Emily Bramhall — the first to address the group gathered at the farm’s 3,200-square-foot aquaponics and hydroponics greenhouse. From Bogan’s generosity, the endowment now has 54 distinct funds and a value of more than $12 million, according to Bramhall.

“Ruth had great energy and unerring generosity,” Bramhall said. “She was always learning, and often teaching herself new subjects. She was a strong supporter of the natural world and the organizations that protected it here on the Island. She loved gardening, indoors and out … she could fix anything, and believed anyone could solve a problem if they put their mind to it.”

The complete story can be found on The Martha’s Vineyard Times here.

We thank our local papers for their coverage.